Welcome to Saturday Spankings – and a snippet from my new release Bound by Her Promise.

Those colour changes, which happen during a spanking, are varied and individual to each person. Some bottoms rouge quickly, others less. The deepening colouration also help the spanking hand judge how far to go. Blake is spanking his new wife, Lysa, for the first time and she is rather stunned….

He lifted his hand high and brought it down with a loud smack. The noise echoed around the room. She went quiet, as if shocked or unable to respond. He repeated the action on the other buttock cheek, leaving a pink handprint. With his hand raining down in rapid succession, her bottom turned from a shade of pink to a rich cherry colour.

She uttered sounds, like little whimpers as she jerked with each slap, but otherwise she kept position.

He separated her legs and inspected her sex. A wetness glimmered about her folds. Whatever negative thoughts rampaged through her head, her body had responded in a different fashion.

“I’m not stopping, yet,” he decided. “I’m keeping going until you accept my responsibilities and acknowledge them.”

He hesitated, waiting for her to give a response, but she remained silent, as if to contemplate his words. Blake sighed. “Very well.” 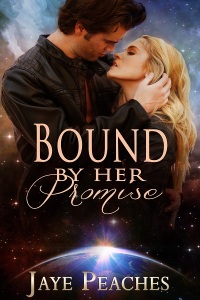 When twenty-two-year-old Lysa travels to the Outer Rim Colony on Callisto to be a miner’s wife, she isn’t in it for love or even for the fairly generous pay. She undertakes the voyage because the government refuses to let women into technological fields, and the mining colony is her only chance at learning in secret. But upon reaching the colony, it isn’t long before Lysa wonders if she is in way over her head.

Blake, the man she is to marry, brings her almost immediately to the colony doctor for an incredibly thorough, humiliating medical examination. Even more disturbing is the fact that apparently her marriage contract gives Blake the right to discipline her when he feels it necessary, including by means of a bare-bottom spanking.

After Lysa confesses to Blake the real reason she came to the colony, he reluctantly agrees to help her as long as she promises not to neglect her wifely duties. To her surprise, despite her new husband’s less-than-enlightened views on how a misbehaving wife should be dealt with, Lysa soon find herself both enjoying his company and craving his skilled, dominant lovemaking. But when the head of the colony learns that Lysa is illegally studying to be an engineer and that Blake is helping her, will they be forced apart forever?

15 thoughts on “#Satspanks – A Pink Handprint”