I’m welcoming Aubrey Cara on to my blog today for a little tickle of her new book…..

Thank you, Jaye for hosting me today! I have an excerpt from my brand spanking new release—Mimi Mine. I’ve brought a little excerpt to share. In this scene Mason has recently discovered Mimi’s secret desire to be spanked.

Glancing out the door he watched the object of his lewd thoughts hunched over her keyboard, squinting at her computer. He stared at her for a full minute before it hit him that she was not supposed to be here. He glanced again at the clock as he picked up his office phone and dialed her extension.

“Coleman Automotive, this is Miriam Westfall speaking. How may help you?”

Although her greeting had been professional and all that was lovely, her gaze didn’t stray from her computer screen. “Mimi, it’s nearly six. Weren’t you supposed to leave at five to pick up Zeke?”

“Shit,” she swore under her breath but he heard her and cleared his throat to let her know he heard. “It’s okay,” she said. “He’s just at my parents’ house. They’ll understand. I’m almost done here. Just need to finish—”

“You can finish it tomorrow.”

He was annoyed she still hadn’t looked up and had disregarded his directive. His heart kicked up a beat as he realized what he was about to do. Ever since he first found out what she was into he’d been asking himself one question; could he do it? Could he spank Mimi’s delectable little fanny in chastisement, the way she obviously craved?

Well, it looked like he was about to find out.

Adding steel to his voice he used a tone he generally saved for dressing down employees that were caught doing something that warranted severe reprimand if not termination from their position. “Miriam, can I see you in my office? Now?” 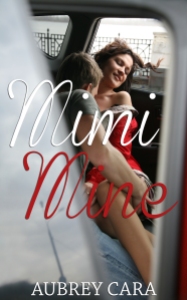 Mason Coleman hasn’t been living. He’s been existing day to day. Ever since an accident took his family, he’s thrown himself into proving he deserved to survive. Now, ten years later, he’s built a multi-million dollar business, but has nothing to show for his personal life.

He’s ready to feel alive again, and he knows just the woman to help him. Too bad she’s his employee. She also carries secrets that are about to shake everything he thought he knew about women.

Being a single mother has not afforded Mimi Westfall many dating opportunities. In fact, she’s pretty sure Mr. Right took a wrong turn somewhere, and she’s destined to live a life devoted to her showerhead.

When her fantasies about her delectable boss commanding her and putting her over his desk to spank her naughty bottom start happening for real, she’s not sure if she should thank her lucky stars or run for the hills.

Warning: Contains one heroine that loves spanking fiction, a hero with a new-found fetish, and two kooky cousins who bring new meaning to bad relations.

Aubrey Cara likes it sweet n’ dirty—romance that is. She adores writing about kinky characters finding their one true naughty soul mate to love, cherish, and get freaky with. Aubrey resides in Coastal GA with her wonderful husband, superhero kid, two hand-me-down dogs, and a fish that has survived against all odds. When she’s not writing you can find her sewing costumes, repairing leaky faucets and dodging the PTA.

4 thoughts on “#Ticklemepink – Aubrey Cara and her Mimi Mine”