It’s Six of the Best today, or maybe sex at its best! It also a chance to reveal the cover for my new book, due out this week, Indulge Me.

Saffron has been playing a tasting game with Gideon, now she wants her turn.

“My turn to taste you,” she proclaimed.

“Indeed,” he murmured, unperturbed by her declaration.

She whipped off her blindfold.

He reclined on his side with one of his legs bent. Nested in his groin, she greeted his erect penis. The man was blessed with a generous endowment.

Skirting around him, she scrambled off the bed, picked up the empty wine glass and topped it up with more bubbly. When she turned to face him, he was swinging his legs off the bed and scratching his head. She waved the glass in the air and he beamed as he spoke. “Sweet revenge is it?”

Here’s the cover and a little more of the blurb. 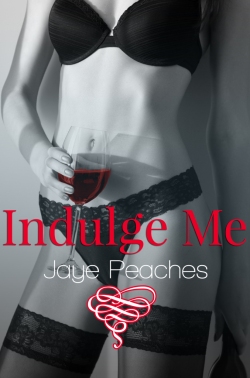 She sees him once.

He’s standing across the wine cellar watching her when their eyes meet. Miles away from home in California’s Napa Valley, she’s caught in his gaze. Though, neither one speaks, for a moment the rest of the world falls away, and she sends him a smile.

She sees him again.

Back home in England. Is it the same man? In the middle of a crowded wine fair, she spots him. A smile of recognition, but no words exchanged. She shakes it off, the same line of business, the same events, it’s a small world.

Have a great Sunday!